Here Are The States People Are Moving To/From

The study also concluded that 26 states had a balanced moving status. This means that the people moving in and out of these 26 states were equal. According to the data from the study, there was a significant decrease in moves between 2018 and 2019.

The Other States With Inbound Moves

The other states with the highest rate of inbound moves included North Carolina, New Mexico, and Washington. The states with a high rate of outbound moves were New York, South Dakota, West Virginia, and Illinois.

The states that are experiencing an alarming influx of new residents were seen to have low costs of living, job growth, and temperate climates. For example, Florida had a high population increase, with most of the people coming in from New York. The Census Bureau reported that 63,722 people moved to Florida from New York in 2018. Georgia was the second-largest source of inbound movement into Florida.

Reasons for Inbound and Outbound Moves

According to data from the North American Moving Service, Idaho came in at number two, as the state with the highest inbound moves. Arizona was the leader of inbound moves during this period. The main reasons for these inbound and outbound moves have been sighted as the right to work, taxes, the best states for business, tax climate, state fiscal rankings, and economic performance.

According to the Forbes Best States for Business, North Carolina was the best US state for doing business last year. The annual state ranking measures costs, regulatory environment, labor supply, growth aspects, quality of life, and current economic climate. Most of the top inbound states were among the best US states for business, while the top outbound states were among the least favorable states for doing business.

Each year, the Tax Foundation presents a report on the State Business Tax Climate Index. This Index records each US state’s business income taxes, individual taxes, property taxes, sales taxes, and unemployment taxes. According to the latest rankings, the top inbound states were among the best business-friendly states, while the top outbound states were the worst business-friendly states.

According to a report by the Mercatus Center, the fiscal status of America’s states affects its citizens. The Mercatus Center ranks a state’s financial health based on short and long term debt, among other fiscal obligations like healthcare benefits and unfunded pensions. The center’s report in 2017 ranked the top inbound states in the above-average category. Most of the outbound states were ranked in the below-average category of the state fiscal rankings.

Migration patterns of US households follow predictable patterns that are dependent on the differences among states in terms of economic growth, labor market, fiscal health, among other indicators of better livelihood. Americans are fleeing from states that are economically stagnant, fiscally unhealthy, high taxes, and few job opportunities. These Americans are moving to economically vibrant and business-friendly states with low taxes and more economic opportunities. 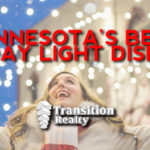 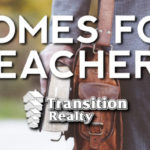 Buying A House On A Teacher’s Salary