The Tax Cuts and Jobs Act (TCJA) has significantly changed your 2018 returns. This article looks at how these changes will affect individual taxpayers and explains changes to moving expenses, mortgage interest, and everything you need to know as the new tax season starts.

What Is Your Home Really Worth? Find Out Here…

You will file your 2018 tax returns on a new Form 1040. The newly designed Form 1040 replaces the previous Forms 1040A and 1040EZ. The new two-page form applies to all filers and will mostly be used for recapping income, credits, and deductions. However, since most taxpayers use software to file electronically, all you need to do is provide the correct information without worrying about the new form or schedules.

Though there are still seven tax brackets under TCJA, many of them have been reduced. The top tax rates are now 37% down from 39.6%. Overall, the new rates translate to lower tax bills for most individuals. However, those who filed under the 33% marginal bracket in 2017 now find themselves under the 35% bracket in 2018. Also, the 28% bracket is gone and those who filed at that income level now fall under the 32% bracket. The unfavorable changes will mostly affect singles and those heads of households whose taxable income falls between $200,000 ad $400,000.

These new standard deduction amounts mean that you are more likely to not itemize, which simplifies your recordkeeping. It’s largely estimated that just less than 10 percent of filers will choose to itemize down from the previous 30 percent. What’s more, personal and dependent exemption deductions have been eliminated. They were previously $4,150 each and these changes will not be welcomed by filers who have many dependents.

Under TCJA, your deduction for local and state income and property taxes has been limited to $10,000 – or $5,000 if you are using married filing separate status. You cannot deduct any foreign real estate property taxes. However, you can still decide to deduct local and state general sales taxes instead of income taxes that are subject to the overall limitations.

The TCJA has doubled the maximum child credit allowed to $2,000 per every qualifying child. What’s more, up to $1,400 of your credit is refundable, which means that you can collect it even when you do not owe any federal income tax.

A new $500 tax credit for has been introduced for qualified dependents who are over the age of 17 years. Therefore, your live-in relatives may make you eligible for this tax break.

The TCJA has reduced your maximum amount of mortgage debt used to buy a first or second home for which you stand to claim itemized interest deductions for mortgages taken out after December 16, 2017. The TCJA has reduced the mortgage debt limit (between 2018 and 2025) from $1 million to $750,000 (or from $500,000 to $375,000 for married couples filing separate status).

The new TCJA law does not apply to home acquisition mortgages that were taken out before December 16, 2017 as long as the home purchase closed before April 1, 2018. Also, the TCJA mortgage interest caps do not apply to home acquisition mortgages taken out under the old tax rules and then refinanced after the effect of the TCJA – as long as the principal for the refinanced loan does not exceed the balance of your old loan.

The TCJA has eliminated all itemized write-offs for any miscellaneous deductions that were previously subject to the 2 percent of your adjusted gross income (AGI) threshold under prior law.

The alternative minimum tax (AMT) exemption amount has been increased to $70,300 (singles and heads of households), $109,400 (surviving spouses and joint filers), and $54,700 (married persons filing separately).

Why Use a Realtor? 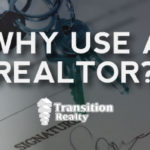 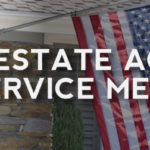 Have You Served? Maximize Your Return On Investment With A Veteran-Friendly Real Estate Agent