Examining the cost of living in the Twin Cities area

Each year, the Twin Cities make the top rounds of best places to live. No matter which media company is performing the research, Minneapolis and St. Paul always make headway into the top ten—if not rounding into the top five. However, if you are one of the many individuals or families who decide to pack up and become a Minnesotan, you may be wondering just how the Twin Cities compares when it comes to your purchasing power and cost of living in the Twin Cities. Here is what you should know.

According to U.S. Bureau of Labor Statistics, the Twin Cities boast a low unemployment rate of 3.8 percent. With an unemployment rate well below the national average, and a high percentage of college graduates, the region is a great place for business to flourish. So much so, that job growth is projected to reach 4.7 percent according to Society for Human Resource Management.

Cost of Living In The Twin Cities – Daily Life

If you are one of the lucky ones transferring with an employment opportunity already in tact, you can expect a touch higher cost of living than the national average. In fact, the cost of living in the Twin Cities has a 6 percent higher than average rate. Although, most local residents will agree that the bang you get for your buck in quality of life you receive is well worth it.

A little less than 700,000 residents call Twin Cities home, which means you’ll have room to roam as compared to other metropolitan areas. Plus, expect your wage to be a bit higher versus the typical U.S. worker—a payday of $66,282 per year is the median wage.

Even though the cost of living in the Twin Cities is a bit higher, you can see that daily costs aren’t that much different. For a business lunch, you can expect to pay around $15. Groceries are roughly 5 percent higher, and expect to pay around $3.07 for a dozen of eggs or $4.68 for 1 lb. of chicken breast. Your entertainment options may include a $42 basic dinner for two or $20 for two movie tickets. You can also purchase a $9 cocktail in a local pub and a $10.58 pizza. Plus, a standard haircut will set you back $18.

With some of the best healthcare facilities in the U.S., you would expect to pay more. However, healthcare really depends on which service you need. Doctor visits are more expensive than the national average, but a dental is 4.4 percent lower. An optometrist appointment is also a deal at 17 percent less for vision.

Cost of Living In The Twin Cities – Housing

When it comes to transitioning your family, housing is a main area of focus. This is especially true when evaluating cost of living between two potential areas.  The cost of living in the Twin Cities is moderate compared to most cities.

The Twin Cities region has an average single-family detached home price of $245,000. Townhomes average at $172,500 and condominiums at $146,000 according to Minneapolis Area Association of REALTORS. Expect square footage pricing to range from $116 to $166 depending on home type.

While many newcomers may see the Twin Cities region as an increase in their mortgage payment, many view it as a bargain. Current residents from Austin, Boston, Denver, Edison, New York, Reno, Naples, Washington D.C., and almost all California metro cities will see a significant decrease in housing costs.

Furthermore, potential newcomers will find a mix of previously owned homes and new construction. While inventory volumes are a bit lower than last year, new construction in higher and lower end homes have increased since 2015. Plus, if you find yourself in the market for a new house, you can expect the average home to stay on the market for approximately 72 days. 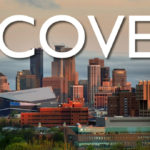 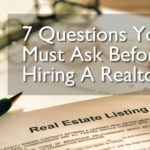 7 Questions You Must Ask Before Hiring A Realtor